Man builds rotating house so his wife can change the view

Vojin Kusic built the home in Srbac, northern Bosnia and Herzegovina, for his wife Ljubica, who has a penchant for changing views. 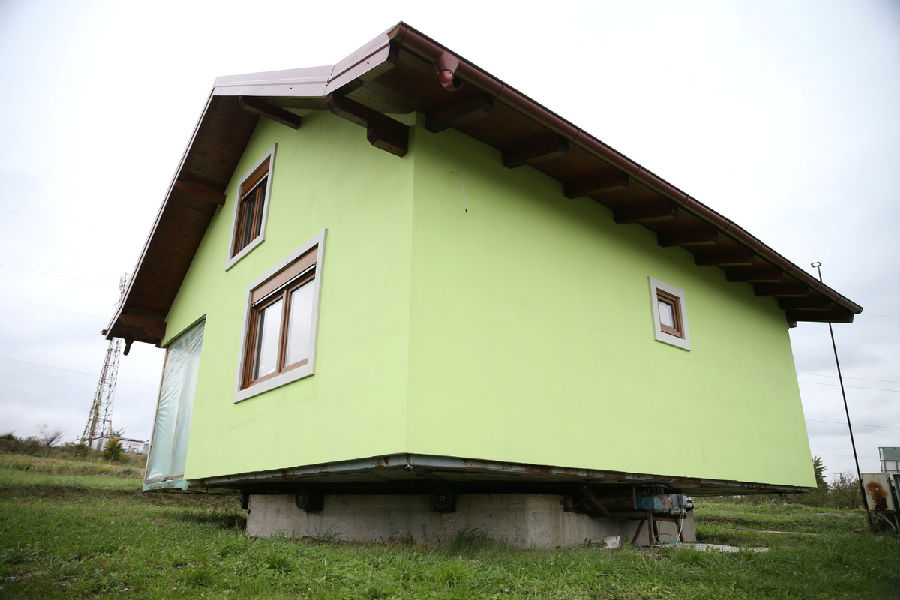 “After I reached an advanced age and after my children took over the family business, I finally had enough time to task myself with granting my wife her wish,” Kusic said, according to AP.

This is not the first time Kusic built a house for his family. When they first married he had built a regular, non-rotating home, where he and his wife raised their three children.

At the time, his wife wanted their bedroom to face the sun, but this meant their living room faced away from the road.

After some time, this issue proved too much and Kusic had to get to work to switch the entire house around.

“I had to tear down the wall between our two bedrooms to turn them into a living room and move all (electrical) installations,” he said.

"It was a very demanding task, it took a lot from me, but I did what she wanted."

When the family moved, Kusic said he had learnt his lesson the first time around and, not wanting to have to switch the home around again, decided a rotating house would solve the problem.

“Once again, this time on the ground floor, I had to start tearing down some walls, at which point, to not wait for her to change her mind again, I decided to build a new, rotating house so that she can spin it as she pleases,” Kusic said.

“Now, our front door also rotates, so if she spots unwanted guests heading our way, she can spin the house and make them turn away,” he joked.

Having never had the chance to go to university, Kusic designed and built the rotating house by himself using electric motors and the wheels of an old military transport vehicle.